How the Sugar Industry Shifted Blame to Fat 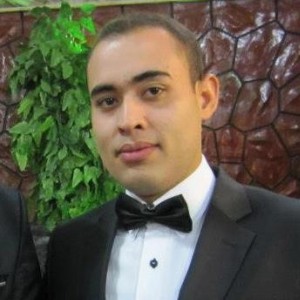 Do you blame obesity for this? How often? Is sugar responsible, or fat? Spoiler alert: It’s related to dietary changes. But is it so simple? Definitely not.

In earlier times, milk was consumed, and it was whole fat milk. Over time, consumer habits changed and, so did the way of doing business. There was a report in 1967, published by Harvard. It showcased selective case studies and omitted contrary and evidence-based cases.

The Sugar Research Foundation offered the 3 Harvard researchers $50k to publish the report in their favor. You might think that this amount is no big deal. But, it certainly was back in 1967. The people who paid got to read the report before it was published. They wanted to ensure that the publication had the conclusion in alignment with their malicious intent. What’s more shocking is, at the time when the three researchers were in the Harvard Medical School, they needed a new building. The Cheerios makers (General Mills company, big time sugar user) were quick to donate $1M for building the new block.

Obesity in Children. Who is responsible?

All of this has a definite relation to Obesity, especially in children. At that time, the most authoritative journal was the New England Journal of Medicine. The report was published under the brand name of Harvard. The combination made its influence huge and one did not dare to question it, at least, the authenticity of it.

If you want to imagine what influence this report had, you should know that it became the basis on which the US government, followed by Canada, the UK, and Europe made their policies. The official statement from all governments was simple: Avoid animal fat. Period.

This melodrama derailed the discussion about ill effects due to sugar. And this was to be believed for decades to come. The Sugar Industry is also responsible for making you believe the diet recommendations we all know today. This JAMA article is supporting evidence in this regard.

Government’s cover up about Obesity

If you would believe the government statements, you should:

BIG MISTAKE if you have fallen for this. Because they never talk about the excess carbohydrates and sugar that deliberately damages your health. You’ve been made to believe that obesity is caused due to animal fats. Whereas the truth is, obesity is not entirely due to fats. They are more useful than harmful.

If you are with me till here, read to find more bluff that the general public believes in today’s world about obesity.

It’s not over yet! Even in the past 5 years, Coca Cola has funded the scientist to shift the blame away from Calories. Read the full article here.

Ever read Charlotte’s Web, authored by E.B. White? It’s a book that tells a simple story. It portrays a common farming practice that fed the pigs with skimmed milk. Nothing alarming, right? This milk left the pigs hungry and this continued for decades. Why? Because the farmer knows the hungry pigs will eat up the given food faster than ever, putting on weight quickly, than it would have been otherwise.

Not so simple. Isn’t it?

Not convinced yet? Here’s the proof.

According to a study by St. Michael’s Hospital of Unity Health in Toronto, this is a systematic view and analysis done thoroughly. What does this report say? It proves that children who consumed whole fat milk had a 40% lower risk of obesity than those who consumed low-fat milk. The sample size was taken to be 21000 children aged 1 to 18.

Another author, Dr. J. Maguire, studied 2700 children aged between 1 to 6 in Toronto, for obesity. His observation stated that children who consumed skimmed or semi-skimmed milk had a higher tendency to eat, and consume more than those who consumed full-fat milk.

According to a UK based study of a doctor, full-fat milk is the best thing you can have.

In his report, he discussed the importance of iodine. It is an important nutrient for thyroid and produces thyroxine that keeps our metabolic rate in check. Therefore, iodine is important, to keep our thyroid functional and healthy. Dr. Michael Mosley himself had the habit of drinking semi-skimmed milk for 20 years, which he changes. He consumes full-fat milk.

This lie that the governments have made us believe is causing us more harm than good. Full-fat milk does not cause obesity. It’s the sugar industry that has put rigorous efforts and succeeded in manipulating us to consume sugar and believe that fats are responsible for causing obesity. Big mistake!

On a side note, should you be worried about sugar consumption? Yes, because sugar is 8 times more addictive than cocaine!

How effective is walking every day to lose weight?

Which of the best ways to lose weight did you try?

How do I accelerate weight loss naturally?

What are the best ways to lose weight?